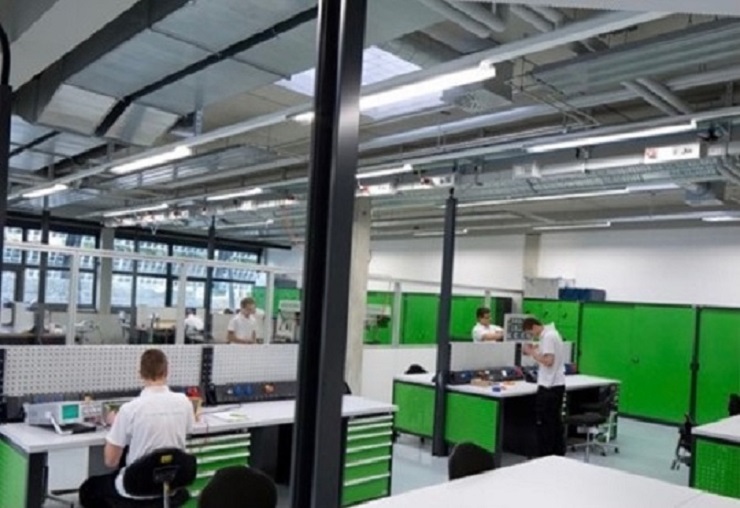 In start-up incubators, there is not a shortage, but there is still space for more. Anywhereo Labs, a 6-month start-up program that stems from the drive of asset management company founder Jean Alexander aka Alex, has a different take on the start-up model. The firm wrapped up its first batch of start-ups last month.

Launched in August 2020, investor Jean purchased two warehouses under the name ANYWHEREGO as a logistics provider. ANYWHEREGO prides itself in providing below the market group transportation of cargo they work closely with partners including major trucking companies and local truckers to provide transportation of cargo. ANYWHEREGO lunched a not-for-profit organization called Anywhereo under the company in August. The Anywhereo Studio aims to test innovative technology concepts and develop technology companies from the ground up. The idea is that Anywhereo is teaming up with the creators to discuss concepts to introduce them

“We’re working on creating a system—a network,” Ottke told me. “We are just doing a lot of collaborative cramming, we put together a procedure for entry-level companies, getting them out on the market and testing that operation. It was a thought at first then, we thought, at the Labs manufacture, why don’t we take a lot of the substructure and introduce it to other creators who we don’t partner with. Let’s introduce it to people who have equally good ideas who just don’t really have the experience and funds that we do.”

What makes Anywhereo Labs distinct from other start-up programs is the amount of capital it spends, the duration of the program, and the overall intimate nature of it which is the product of the limited number of start-ups it prefers to work with at any given time.

Ottke told me at Anywhereo’s offices in Tennessee, “The end result is putting more great ideas into the world changing people’s lives.” “So you might take a lot of bets or take more time to make less bets. That’s exactly what we’re doing. We’re trying to help more people understand their future vision, and that’s why we’re at six. Five years from now, maybe we’re all under 100.”

We have taken a radically different approach and have asked, ‘What do entrepreneurs need to succeed? ‘Founder-first values, I call that,’ Cilinksy said. What do founders need and what is the list that founders need that Anywhereo can provide? In reality, how much do you need to get from concept to MVP to market? ”

“Cilinksy told me, “We didn’t do a lot of pitch sessions.” “It wasn’t the kind of curriculum where it was like you’re going to learn how to make a perfect demo day pitch,’ which I appreciated so much. I could probably have come in and made a great pitch for you but I’d probably have done a lot less work on this. Instead of a demo day all investors of Anywhereo receive an email that highlights the achievements, development and status of each of the companies.

They love to receive a rundown of progress via email for investors,” Cilinksy said.” “In the future, we are far enough away where it is an effective means of communicating.” The team is looking forward to the next round of startups and beyond as this batch of Anywhereo Labs is coming to an end. Anywhereo Labs will open applications in early January for its 2021 curriculum, which will run from June to November. The next batch will allow start-ups to be based in Tennessee and the aim is to expand them down the road.